Or write and publish your own articles!* Open-ended topics on Harry Potter are welcome!
* Must be approved before publication is made public on the site. 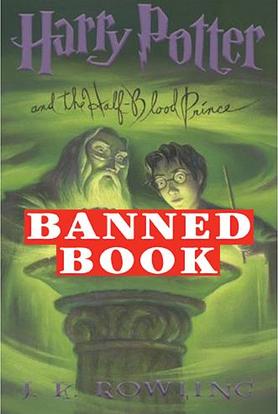 Yes, that’s right! Evanesco! As some of you Harry Potter
aficionados may know, “Evanesco”is the magical spell used to make objects and even living creatures vanish with a slight wave of the wand.

"According to the American Library Association, the Harry Potter series is first on the list of America’s most banned books in the 21st century."

No, you won’t disappear …but the books that make up the epic
Harry Potter series have been disappearing off of shelves across the country due to a movement advocating for the ban of these books based on religious grounds. These anti-Harry Potter groups adamantly believe that the success of J.K. Rowling’s novels will corrupt the minds of today’s youth because of its alleged promotion of witchcraft and other such un-Christian values deemed as inappropriate for exposure to children. Supporters and fans of the Harry Potter series have answered with rightfully angry cries not far from censorship and a denial of freedom of expression. According to the American Library Association, the Harry Potter series is first on the list of America’s most banned books in the 21st century.

Although the grand themes of magic, wizardry, and mystical creatures are irreplaceable conventions of the Harry Potter series as well as any high fantasy novel, they do not translate to the indoctrination of evil and corruption. The basis of these outlandish religious claims of witchcraft as wicked is foggy and unclear …so what better way to clear up these misconceptions of magic than to lay out the facts? Here are a few of the most common mistaken beliefs of Wiccans, witchcraft, and witchery:

Despite popular belief, witches are not evil. They believe in harmonious coexistence and many dedicate their lives to helping others and becoming better people. Witches look down on the use of magic for selfish gains and refrain from practicing magic that yields harmful consequences. They strictly follow an ethical guideline centered on the discouragement of inflicting physical or emotional harm onto others.
However, just like with any group of people, there are bad apples, and it is no exception with Wiccans. These few individuals that stray away from the goals of the Wiccan population should not entirely determine and label the nature of witches as evil.


2. Witches are worshippers of the devil

Often grouped together with Satanists, witches are assumed to worship the devil. However, the notions of devil and hell are Christian beliefs and do not exist in the Wiccan religion. Although witches do worship an entity different from the Christian God, the Wiccan God is not evil, but just as loving as the Christian God. Witches do not believe in hell or any torturous place where eternal punishment is imposed.

Witches do not follow the Bible; they have their own “Book of Shadows,” which is often misinterpreted as a collection of dark and evil spells. However, this is far from the truth. A Book of Shadows serves as a reference book for that individual owner in which he or she records any relevant information necessary in the practice of witchcraft.

Unbeknownst to most people, Wicca is a nature-based religion. Witches love animals and are
encouraged to respect all living creatures. Although witches do make offerings and sacrifices, these sacrifices are often comprised of food, such as wine, bread, and fruit. Blood sacrifice is against the law and the common mockery of ridiculous spells such as “eye of a newt” and “toe of a frog” are all just a
myth! 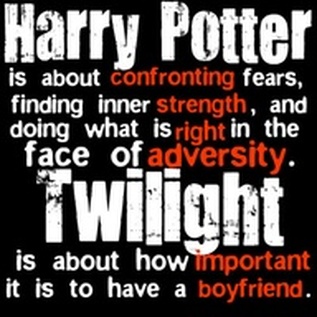 Despite the occult content and evil undertones as alleged by various religious groups, the Harry Potter series has left a
momentous positive impact on today’s society. It has become widely accepted as an integral part of modern culture and some of the changes are reflected in the various aspects of everyday life. Listed below are some of the most apparent positive influences that J.K. Rowling’s Harry Potter series has contributed to our generation and that will continue to impact future generations.


1.  In an era where technology and virtual entertainment are becoming increasingly popular amongst
children and adults, the Harry Potter novels are a nice contrast and lure kids away from playing video games and browsing the Internet. Children all over the world are reaching for these novels and showing a genuine interest in reading. This literary phenomenon that has infiltrated modern culture proves to be helping students improve academically by sparking their interests in reading. The Harry Potter novels draw students in with its exciting storylines and once they become successful at reading, it encourages students to read more.


2.  The Harry Potter novels promote good morals and the protagonist, Harry Potter, is an excellent role
model for younger kids. Throughout his journey in the novels, he is faced with difficult challenges, both physically and morally, but always manages to persevere through them and prevail over his enemies. The universal themes that are present in these novels include learning to face one’s fears, standing up
for oneself, and realizing and accepting that people of different backgrounds and cultures can come together and be friends. These are all life lessons that could potentially benefit children, especially who, at that point in their lives, are going through an extremely sensitive and rocky stage. These relevant messages that the Harry Potter novel teaches kids by promoting through the various characters; love, tolerance, self-reliance, bravery, trust, acceptance, the importance of family, and respect, encourages children to become better people and well-rounded individuals.


3.   The Harry Potter books foster the imaginations of children and adults by nurturing the creative spirit
inside of everyone. Using one’s imagination is an essential part of a growing child’s learning process and is crucial in the manifestation of one’s individuality. The fantastical world and mystical creatures of Harry Potter
introduce children to otherworldly experiences, equipping them with the power of expression that would otherwise be dormant. This type of exploration into their creative minds that the Harry Potter series allows, provides people with a mental spark that makes the novels so intriguing and captivating.

The following is a compilation of inspirational and moral quotes and pictures from Harry Potter credited to their respective owners: 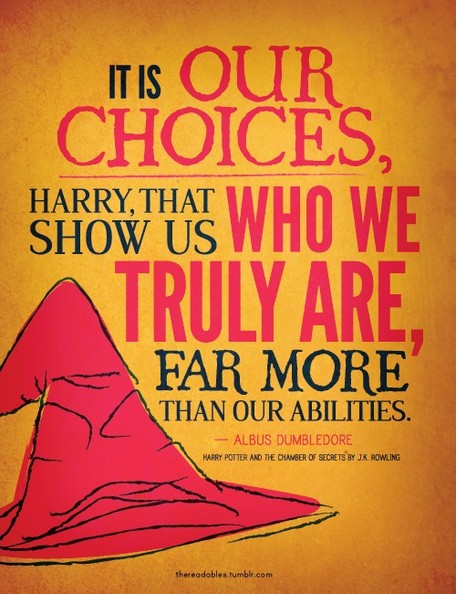 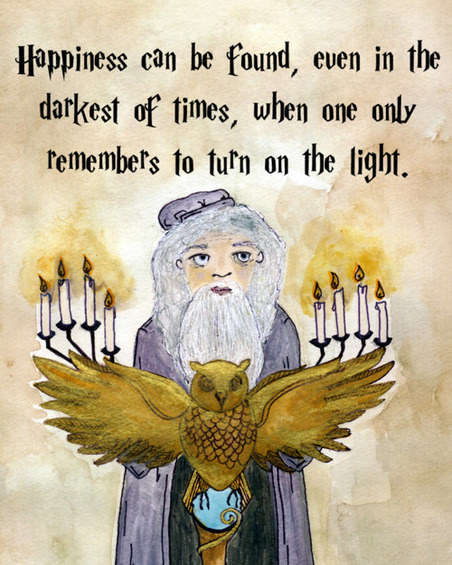 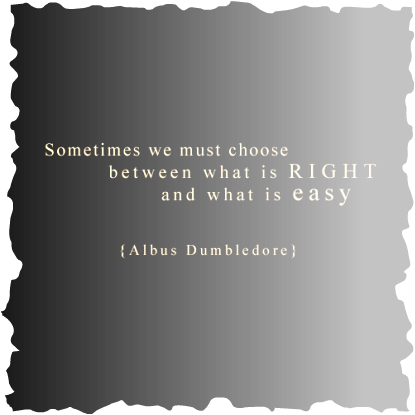 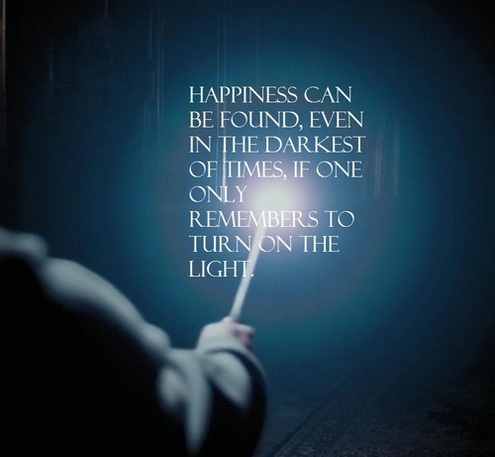 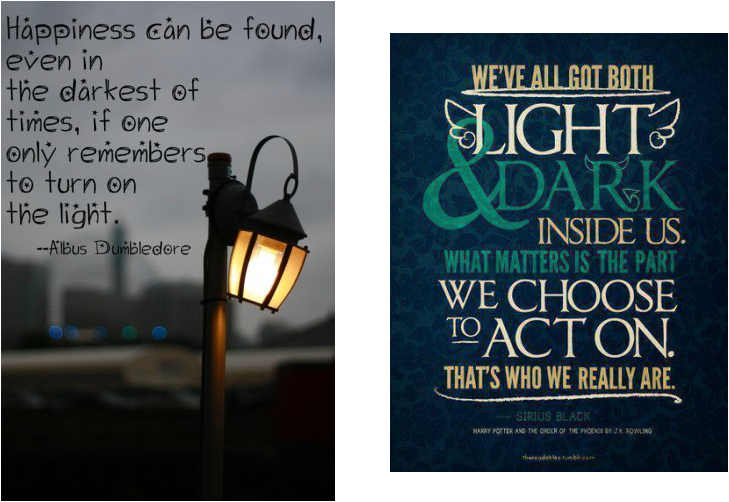 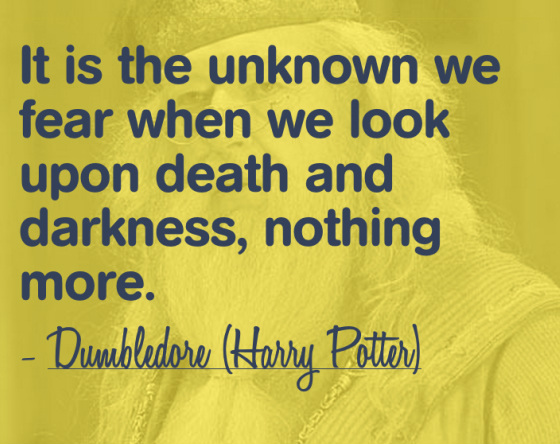 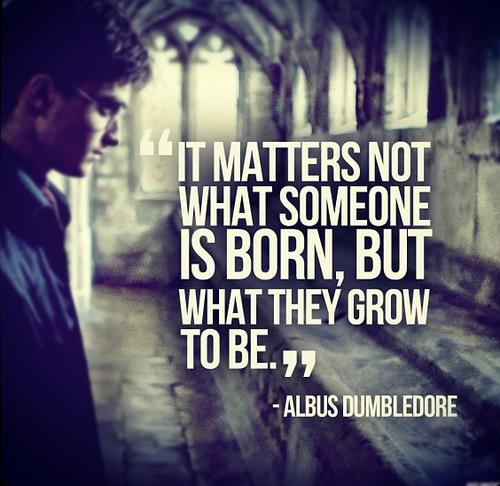